As the year comes to a close, we take a look at the World Sugar futures situation, with the chart focusing on the March-20 spot contract. The #11 market is again in the range of the 52 week high, and indicators are pointing towards additional upside in 1Q20. 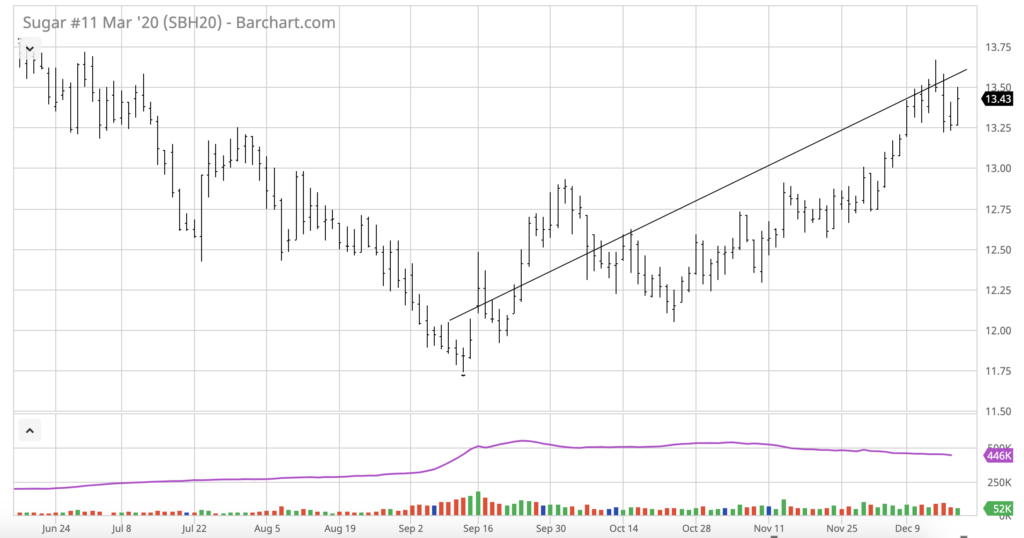 The run since September caught many in the market by surprise, but there were signs pointing towards this constructive pattern around mid year. In July, we wrote about the current state of the supply side concerns, with respect to sugar, and stressed several of the supporting factors which did materialize as the campaign progressed. The primary factors that we are focusing on are listed below:

Atlas Research Innovations along with our network partners will continue to monitor how the global agriculture and energy complex progresses in 2020. We will share our observations regarding potential risks and opportunities as a function of activity in global natural resource based markets. Our discussions will not include yield model projections; rather, they will focus on the network effects associated with global supply chains, and will explore the range of possibilities that may be expected as a function of the interplay of evolving physical and financial market factors. This methodology, in our view, is the appropriate lens through which to view risk and opportunity in global natural resource and commodity markets. Please reach out to Atlas Research Innovations if you are interested in discussing our approach.