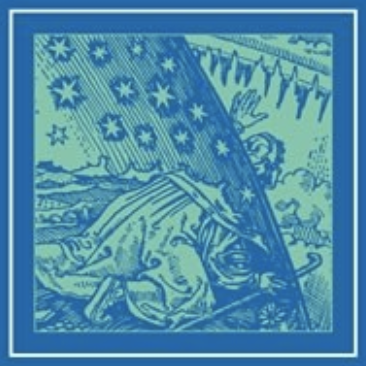 Today (Feb 11) should be on the calendar for a few reasons.  We recognize National Inventor’s Day, (not to be confused with Inventor’s Day) celebrating contributions from the likes of the Wright Brothers, Thomas Edison, Hedy Lamar, Nikola Tesla, and George Washington Carver, among others.  This date also happens to be the birthday of Edison.  But February 11 is also recognized globally as the International Day of Women and Girls in Science (IDWGS).  Science and technology move fast, with the gap between idea and application becoming ever shorter.  Understanding how science and technology are shaping our lives, and more importantly, appreciating the risks involved with their application, is particularly important in 2019.  Therefore, commercial sector science should take advantage of the IDWGS as a platform to close the Science Technology, Engineering & Mathematics (STEM) gender gap for several reasons.

First, 2019’s theme is “Investment in Women and Girls in Science for Inclusive Green Growth.”  The need to develop pathways to stimulate global economic growth grounded in science, which are equally distributed when viewed measured with both economic and environmental objectives, needs no further discussion.

Second, the total number of PhDs earned by women in the US were once again greater than the number earned by men in 20171 with many fields being split relatively evenly.  However, in the STEM fields of Engineering, Physical Science and Mathematics/Computer Science, conferred degrees are still heavily skewed male.  To be clear, I do not view a PhD as a gatekeeper to a career in science; this is just one data point to support the larger statement.  We don’t need commissioned reports to confirm this.  Think of the last scientific or technical conference you attended.  What was the gender distribution, both in terms of speakers and attendees?  If a conference panel was not specifically marketed under the banner of ‘Increasing Diversity’, what was the percentage of female participants?

Third, nearly all aspects of modern life are increasingly predicated on advances in science and technology, and the speed at which this transition has taken place over the last two decades is nothing short of astounding.  AI. CRISPR.  GPS.  Commercially viable EV.  NewSpace. VR/AR.  The list goes on.  What is clear is that the research and development of tools, methods and technologies which were the subject of uncountable PhD theses not long ago are now, literally, embedded into commerce, retail, energy, food, transportation healthcare and more; the lines between the laboratory and society have become blurred.  Understanding how these pervasive technologies function, break, repair and evenly distribute will require a more scientifically literate public.  What’s more, what once passed for science fiction is now part of the fabric of society.  Managing risk without both (a) a deeper understanding of how technology development and transfer works, and (b) an appreciation of possible risks, is, as Carl Sagan so eloquently stated, a recipe for disaster.

Finally, there is a growing sentiment that even many scientists do not really understand science very well.  Simplistic replication of studies and misuse of statistics are both commonplace.  Following the scientific method should illuminate more about what we don’t know, rather than confirm what is accepted.  Risk management, therefore, is then embedded into the thought process when designing an experiment.  I think the commercial sector gets this.  When decentralized experimentation is fully embraced and distributed systems are fostered, good things happen.

‘The best way to predict the future is to create it’.  Some attribute this quote to Abraham Lincoln (who incidentally shares a birthday tomorrow with Charles Darwin).  Others claim it came from Peter Drucker.  Regardless of the statement’s origin, when we look at the scientific, societal and economic challenges facing a world with 7.7 billion inhabitants, the current importance of this statement can not be understated.  It should also be noted that science is not a zero-sum game.  Inclusive science, particularly with a commercial origin, has the opportunity to engage and serve everyone.  Commercial opportunities in STEM are also inherently interdisciplinary, particularly appealing to those who are intrigued by figuring out how the world works from a variety of perspectives.  It is now common to see evolutionary science underpinning theories in finance, physics-derived applications in biology (and vice versa), and computer science driving advances in geospatial sciences.  With advances in computational resources, sharing of data and methods, and open-sourced technology, ‘science’ can start to be viewed as a verb, as opposed to an occupation.  As such, as a society we cannot afford to limit our technological potential by not making STEM opportunities available and attractive for half of the world’s population.  Further, the effort to encourage more females to take up STEM careers is not just for traditional students.  Refer to IBM’s successful STEM Re-Entry program (which I helped pilot and have written about before) to see how mid-career professionals can transition to careers in science and technology, regardless of their formal educational training.

Science is hard.  It is also time consuming.  And there are no shortcuts.  Real science is also quantitative, so equally important to your scientific field(s) of interest, is the ability to represent ideas and support them numerically, extracting signal from noise.  This is precisely why the STEM fields are so engaging, and ripe with opportunity.  Whatever your interest is, looking at the world through the STEM lens can provide a path to tackle an infinite number of problems, and the prospect of turning your passion into a career has never been higher, serving the world in the process.

With the evolving global economic, environmental and geopolitical landscape officially placing us in the age of the Anthropocene, it is as important as it ever to recognize the contributions of female scientists, engineers, inventors and entrepreneurs, and provide opportunities for more to follow.  As I (frequently) resort to one of the many yellow-paged Carl Sagan books on my shelf for inspiration, I feel that he put it best, and we are wise to heed his words.

“We’ve arranged a global civilization in which most crucial elements profoundly depend on science and technology. We have also arranged things so that almost no one understand science and technology. This is a prescription for disaster. We might get away with it for a while, but sooner or later this combustible mixture of ignorance and power is going to blow up in our faces.”

― Carl Sagan, The Demon-Haunted World: Science as a Candle in the Dark

The choice is ours.

1Women were awarded more PhDs in the US than men last year, WEF link.

(this article was cross posted on Medium)